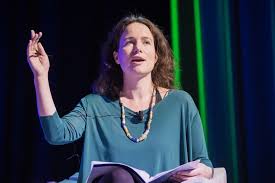 **If you are interested in writing for ^Housing-Futures, please email info@housing-futures.org**

No one leader in any field can do his or her work without the help and partnering of employees, friends, colleagues  and others.   However; it is worth stopping and taking the time to appreciate those who have dedicated their lives to the field of social housing and work in some way shape or form to improve the industry.  The five people being profiled today did not ask to be included in this article.  I chose them based on recommendations from those in the industry and their accomplishments in either developing, advocating or being a change agents for social housing.  If you know of other leaders within the social housing field that you believe should be profiled, email us at info@housing-futures.org

Cedric Van Styvendael: Director General  of Metrople Habitat Social Housing Agency in Lyon:  Cedric is not only the leader of a large social housing agency in Lyon but is actively involved in advocating for social housing on the European stage.  He currently sits on the board of directors for Housing Europe as the President.  His agency (Est Métropole Habitat), is a major social landlord in the Lyon region (nearly 16,000 housing units in the East of the Lyon metropolitan area.  This agency also employees over 340 staff.  The agency is active in sustainable development and also a leader in France in ensuring good working conditions for their employees.  Under Cedric’s leadership, the agency is leading in innovation and speaking out on issues like housing first.   Of particular interest is the role Est Métropole Habitat is taking on the role of housing providers in everything from the energy transition to the drivers of healthy eating in the neighborhood.

David Orr: Chief Executive of the National Housing Federation: David is a firm believer in the potential of each individual and believes that social housing organizations can be an instrument to help enable that change.  In the past David served as the chief for the Scottish Federation of Housing Associations and once was the President of Cecodhas.   What is interesting to note is that David worked his way up in the sector starting in homeless programs in Glasgow before becoming a co-ordinator at CenterPoint in London.  He was the Chief Executive for the Newlon Housing Trust after that.  There are many more points to consider when it comes to David’s career but the most important thing to understand is his dedication and passion to the field.

Michaela Kauer: Head of Vienna House : Vienna is well known for having one of the most robust and highly functioning social housing sectors in the world.  Michaela is a strong presence and advocate for smart, strong and sustainable cities.  In the last several years, Michaela has worked on many themes including social housing, public transit, energy, water and others.  Her work has not only benefited the city of Vienna but has served as an example for those throughout the European Union. I recommend her wordpress site which you can find here.

Axel Gedaschko: The President of the Federal Union of German Housing and Real Estate Associations:  Axel is a lawyer by trade and practiced in both Hamburg and Gottingen, Germany.  He served in various elected positions in Lower Saxony and Hamburg.  The organization represents a large quantity of the rented apartments throughout the country including social flats and those within housing cooperatives.   His work in representing the social housing sector in Germany has led to social housing being a main topic area on the national agenda.   Housing Europe has a nice interview that can be found here.

It takes commitment, passion and energy to work in the social housing field.  The leaders above have these qualities and help move the discussion around social housing in the right direction.  There are hundreds of leaders in Europe that were not covered in this article.  Can you recommend social housing leaders within Europe?  If so, drop us an email at info@housing-futures.org and let us know who you think we should cover.